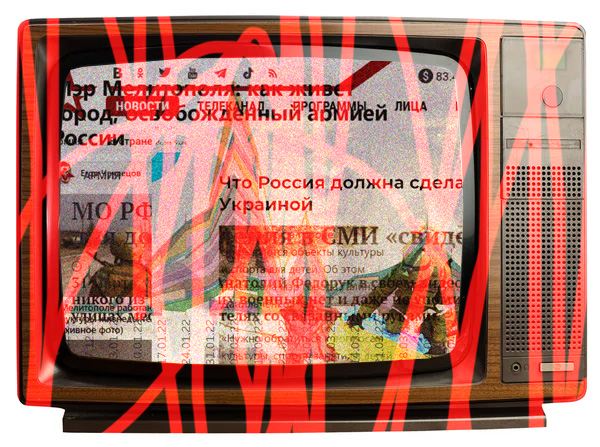 It’s difficult to depreciate the impact of information nowadays. Information is a weapon, a tool of manipulation, a lever of pressure – including for the government purposes. Therefore, there is nothing surprising in the fact that the state is trying to appropriate the information dissemination mechanisms. In authoritarian states, this is ensured by various tools: expulsion, prohibition or recognition as foreign agents of independent media, blocking of websites, laws on “fakes,” which equate any information not from an official source as such, and punish administratively and criminally. It is both a direct and indirect influence on public opinion, in order to ensure a state monopoly on information.

But what actually happens when such a monopoly on information is realized by the state? What do citizens in the echo chamber of propaganda experience? How deeply can the Russian pro-government media distort the reality of the war between Russia and Ukraine? 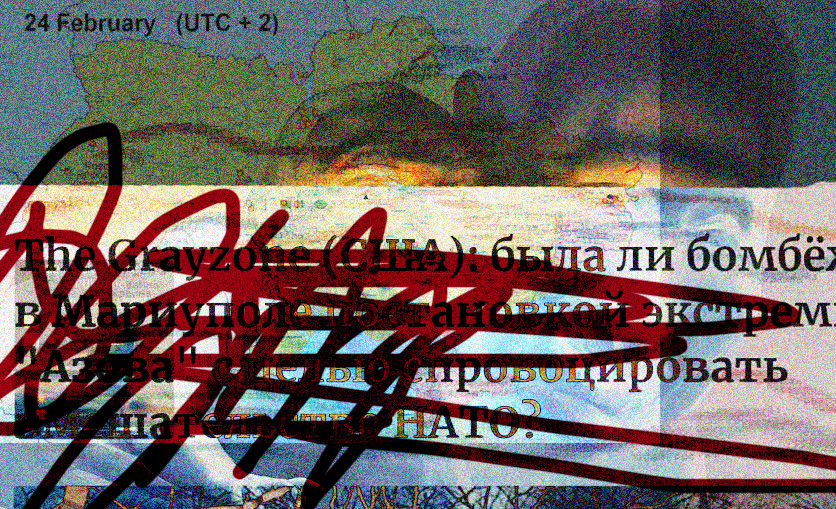 Our project is based on the analysis of headlines in the Russian-language online media and covers the period from January 1 to June 30, 2022. We examine the more than two million articles, filtering and identifying topics and mentions relevant to the object of study – Russian propaganda narratives.

We deliberately refer to Russia’s conventional online media as sources of publications, since they are now subject to almost total state control. We focus on 300 media outlets that have not been subjected to a direct ban, site blocking, or license revocation, that is, those that act within the limits of what is allowed and disseminate information that does not contradict the position of the state.

The main source of data for us is the open source GDELT Global Difference Graph.  It contains two dozen billion records and captures with high frequency the facts of publication and changes in media publications around the world.

We process collected data using machine learning – a topic modeling technique that leverages transformers and c-TF-IDF to create dense clusters, allowing for easily interpretable topics whilst keeping important words in the topic descriptions. And before clustering of the newsheaders, we filter data with keywords from Russian propaganda narratives.

To do this, we compiled a list of narratives and their corresponding verbal markers based on an analysis of the work of The European Observatory on Online Hate, the European External Action Service, and the work of independent media researchers.

The key groups of propaganda narratives are anti-Ukrainian (e.g., “Nazis who committed genocide hold power in Kiev”), pro-Russian (e.g., “Russia protects the Russian-speaking population of Ukraine”), and anti-Western (e.g., “NATO creates bioweapons in Ukraine”). In deconstructing narratives and seeking to match propaganda media splashes with the chronology of events, we rely on data from fact-checking agencies. In the near future, we also plan to consult with representatives of Russian independent media who continue to work outside of Russia.

And there is already something to see here – after the start of the invasion on February 24, the dynamics of different narratives in the headlines get some changes in use – for example, using of the word “war” has significantly decreased. The reaction to the evidence of brutal murders in Bucha or the explosion of a theater in Mariupol is unambiguous and causes an outburst of verbal markers: “fakes,” “provocation by Nazis”, “staged by the West”. 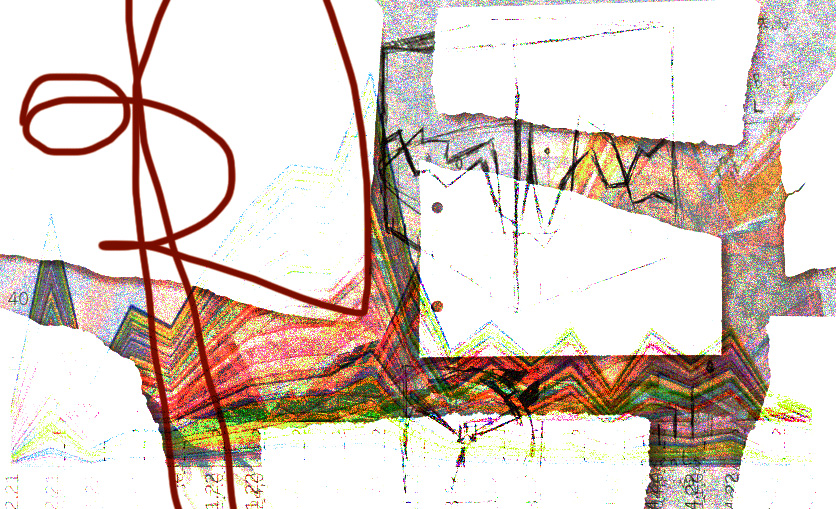 The peculiarity of the data we study is that it is difficult to interpret for people outside the linguistic and eventual context. We aim to address this through data visualization and sonification, with meaningful content translated and adapted into English.

Our goal is to provide the user with an interactive platform for immersion in context: “outside,” where there is access to the event line and analytical component, and “inside,” where one is left alone with the information bombardment.

From a visual point of view, we want to present the results of the analysis in an understandable graphical manner – a multiple line chart of narrative representation, time stamps and events taking place with brief descriptions. As we enter the “echo chamber,” the analytics should be replaced by a stream of textual and visual images illustrating the propaganda headlines.

From a sonic point of view, each narrative can represent an independent generative soundscape. The intensity and representation of it in the media at a particular period, can influence the characteristics of the sound – the volume, the filters applied, and the sound features. We also pay attention to the possibilities of Text-to-Speech mechanisms, which allow us to voice significant amounts of text and create an intensely layered sound picture.

The results of our project will be embodied in the form of an interactive installation, as well as in a website with a research presentation and interactive elements.

In developing the artistic concept of the project, we know that we must be careful to talk about propaganda so as not to cause emotional distress, to the people involved in the context. Therefore, we will try in a clear and precise manner to delimit the environment of the highest intensity and to warn against the presence of potentially shocking content.