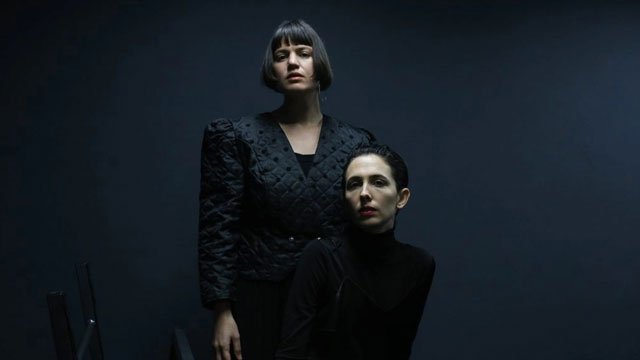 Soft evidence is a series of slow visual scenes that never happened – films manipulated by machines trained to lie. The pervasive misinformation in our lives is as pernicious as it is because our tech literacy cannot keep up with technological advancements and our use of personal technology. The artists use deepfakes as art – normally a highly politicised form, here purposely apolitical, to provide neutral ground for conversation about AV manipulation. The emotions and questions invoked by the series guide the viewer in new directions, providing tools and strategies for how to navigate this digital terrain. Soft evidence contributes to the global discussion about the unequal privilege to invent “truths” – the increasingly complicated field of ‘visual evidence’ demonstrates that communities on the margins of society, furthest from financial, technological, and political cores of power, are made increasingly vulnerable.

Dejha Ti and Ania Catherine, “the two critical contemporary voices on digital art’s international stages” (Clot Magazine) and “LGBT power couple” (Flaunt), are an LA-based experiential artist duo whose practice merges environments, technology, and performance art. Rooted in the understanding that immersion is not only a physical state, but also an emotional and psychological one, their approach employs nuance within scale, focused on producing a feeling instead of a spectacle. Their expertise collide—Ti’s extensive background in immersive art and human-computer interaction, and Catherine an established choreographer, performance artist and gender scholar—in large-scale conceptual works recognizable for their signature poetic approach to technology.