Results of 1st cohort project Critical Climate Machine – currently at Digiloglounge – Who Can We Trust? 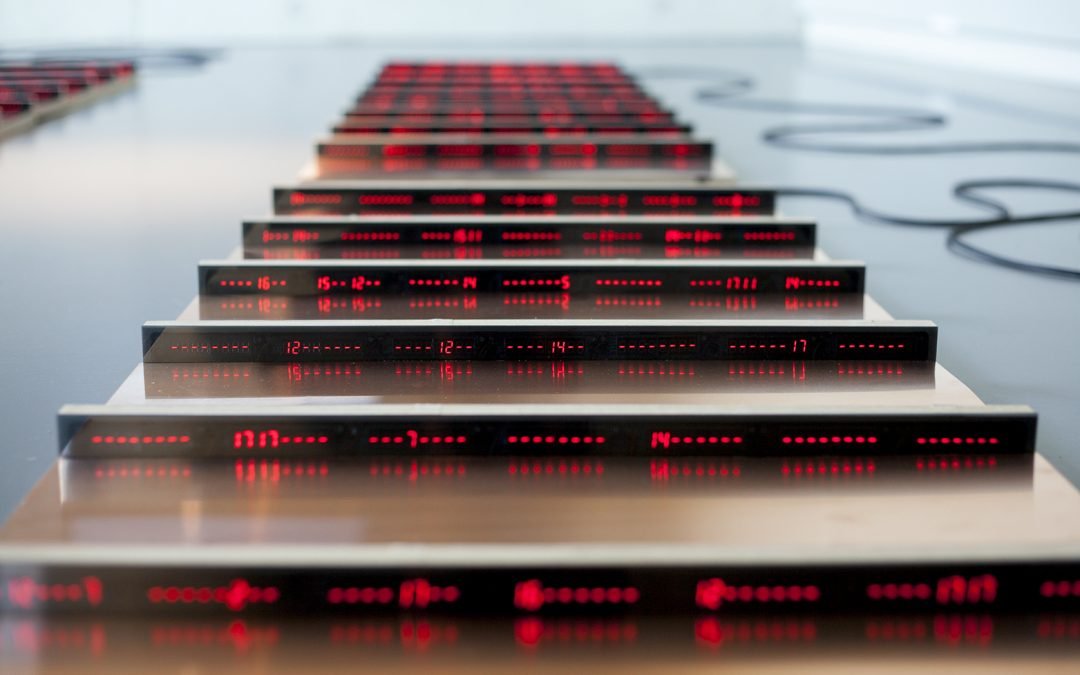 Critical Climate Machine is a research based project that quantifies and reveals the mechanisms of misinformation on global warming. The project consists of a data sculpture based on machine learning algorithms, a visualization and a sound installation. A software and a ludic card game were specially designed to render the project possible. 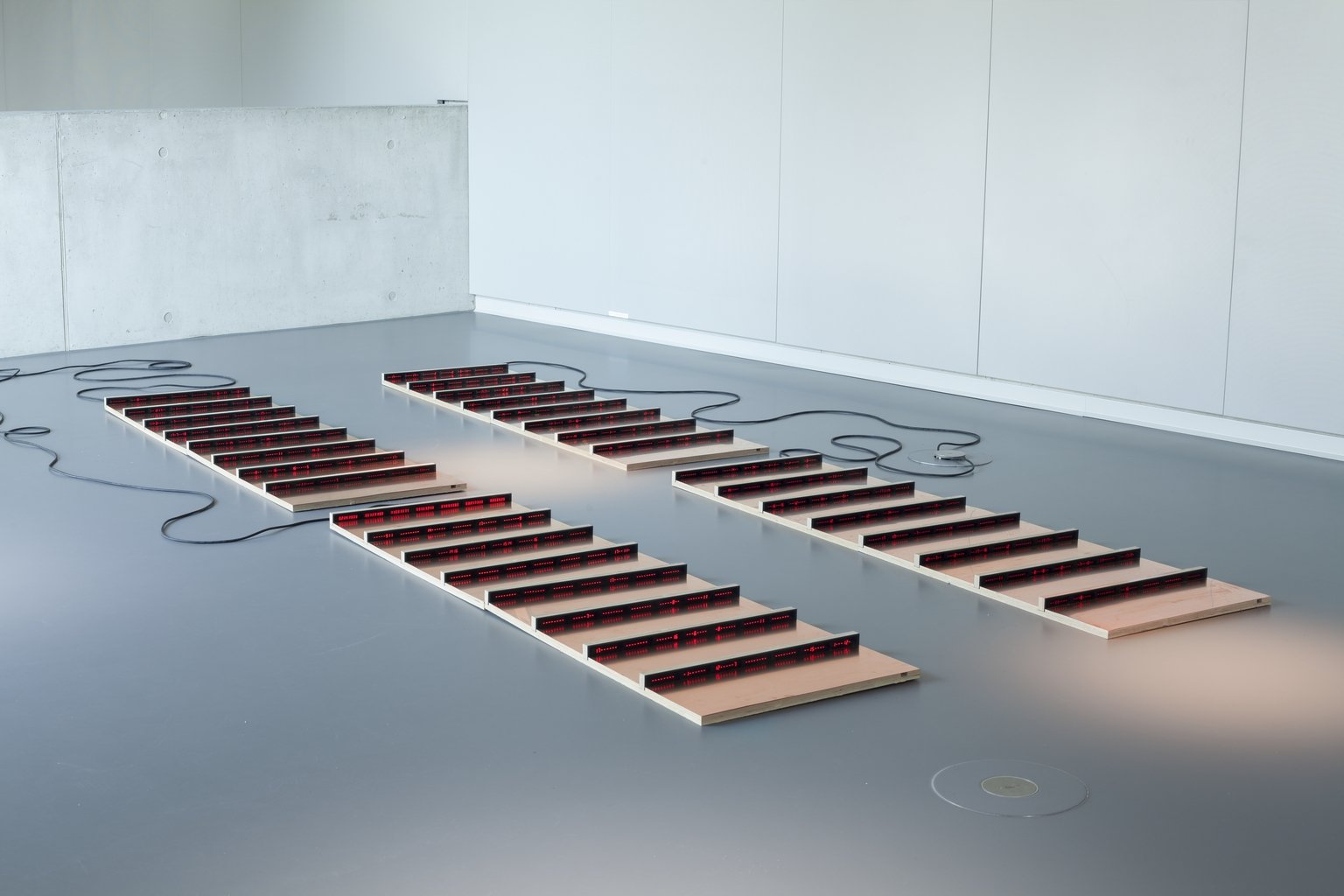 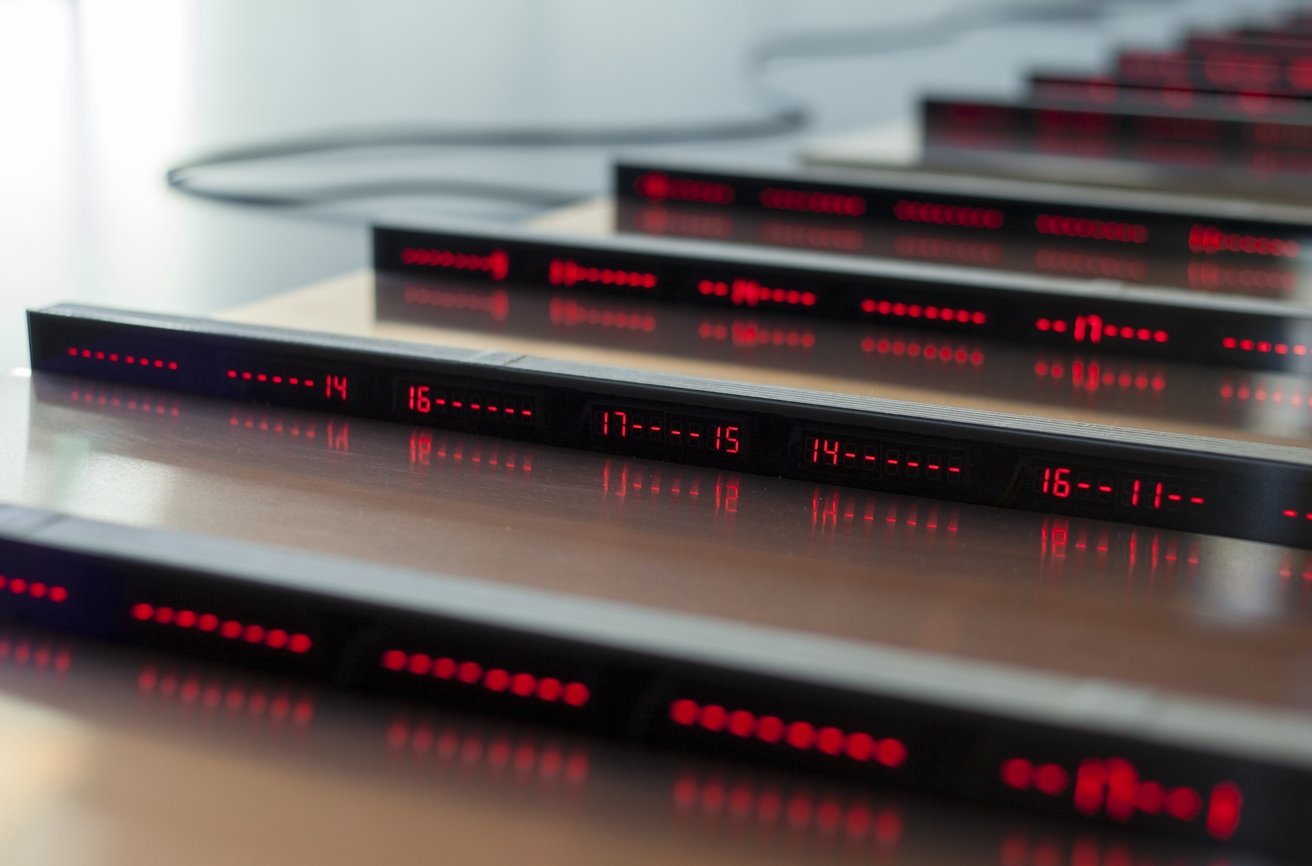 Since the Climategate scandal in 2009, orchestrated by conspiracy theorists [In November 2009, when a selection of illegally hacked emails between climate scientists were published on the internet, a few suggestive quotes were seized upon by many claiming global warming was all just a conspiracy. A number of independent enquiries have investigated the conduct of the scientists involved in the emails. All have cleared the scientists of any wrongdoing], the scientific consensus on the anthropogenic origin of climate change has been marred by misleading claims in the media. Disentangling scientific truths from skeptical arguments is becoming an important issue in the XXIst century. How in the era of data and artificial intelligence do we deal with misleading claims and false truths? To what extent does false information about the climate circulate on the internet? How would it be possible to expose this flux while undoing its effects?

The installation aims to explore these questions by combining several media. Between digital and physical formats, the ensemble offers an experience on how machine learning and climate change enter public debate.

Meeting specialists in cognitive and political sciences led to the discovery of a dataset intended to train machine learning models to detect and classify different types of misinformation [Travis Coan, Constantine Boussalis, John Cook, “Computer-assisted detection and classification of misinformation about climate change”, preprint, 2021]. This training dataset originates from nearly 250,000 documents from prominent American conservative think tanks and contrarian blogs. It consists of paragraphs labeled by climate-literate volunteers according to five known types of misleading arguments about climate change: “it’s not happening”, “it’s not us”, “it’s not bad”, “solutions won’t work”, and “climate science is unreliable”.

With the help of trained models, it becomes possible to explore large amounts of online data linked to climate skepticism. For the purposes of this project a specific software was designed to monitor Twitter and a database was created to store the information collected. The accumulation and classification of data is at the basis of the project.

Following a time based scenario, the most recent one thousand tweets are distributed as new inputs in the data sculpture, which consists of a network of thirty-two processing units. Each unit embarks a trained machine learning model. The network detects, classifies, outputs and displays labels of misleading claims. The labels are predicted through model fitting on the training set [which was itself classified according to the breaking down of the five main categories of misleading arguments into twenty-seven possible labels].

The results are displayed in a grid of almost two thousand digits. They are also returned to the database where each tweet is stored with its new label. This constant flux of digital information is at the center of the work, and renders what is hidden, visible.

Made with wood, copper, a network of raspberries and LED digits, the sculpture acts as an analytical machine. In simple terms, inference means the transformation of information by machine learning, from an input to an output. By inferring, the sculpture transforms sentences of tweets into a quantity of numbers.

Every minute tweets are transformed and displayed as numerical values. The data stream runs through and updates until it stabilises. As a result the visual output of the installation becomes a landscape of “error codes”. With the help of a code sheet – the audience is invited to identify the misleading arguments to which each of the detected misleading tweets corresponds. No text is displayed by the machine. However, it manifests its own statistical nature – its digital language. But this is far from being the sole outcome. During the process, words become digits; but they also turn into heat.

Based on a grid of colors, a visualization (titled Patterns of Heat) witnesses the thermal evolution of the sculpture parts. It relies on the amount of detected misinformation at a given time. The visual vocabulary results from research in algorithmic aesthetics and ecologies of the information sphere. 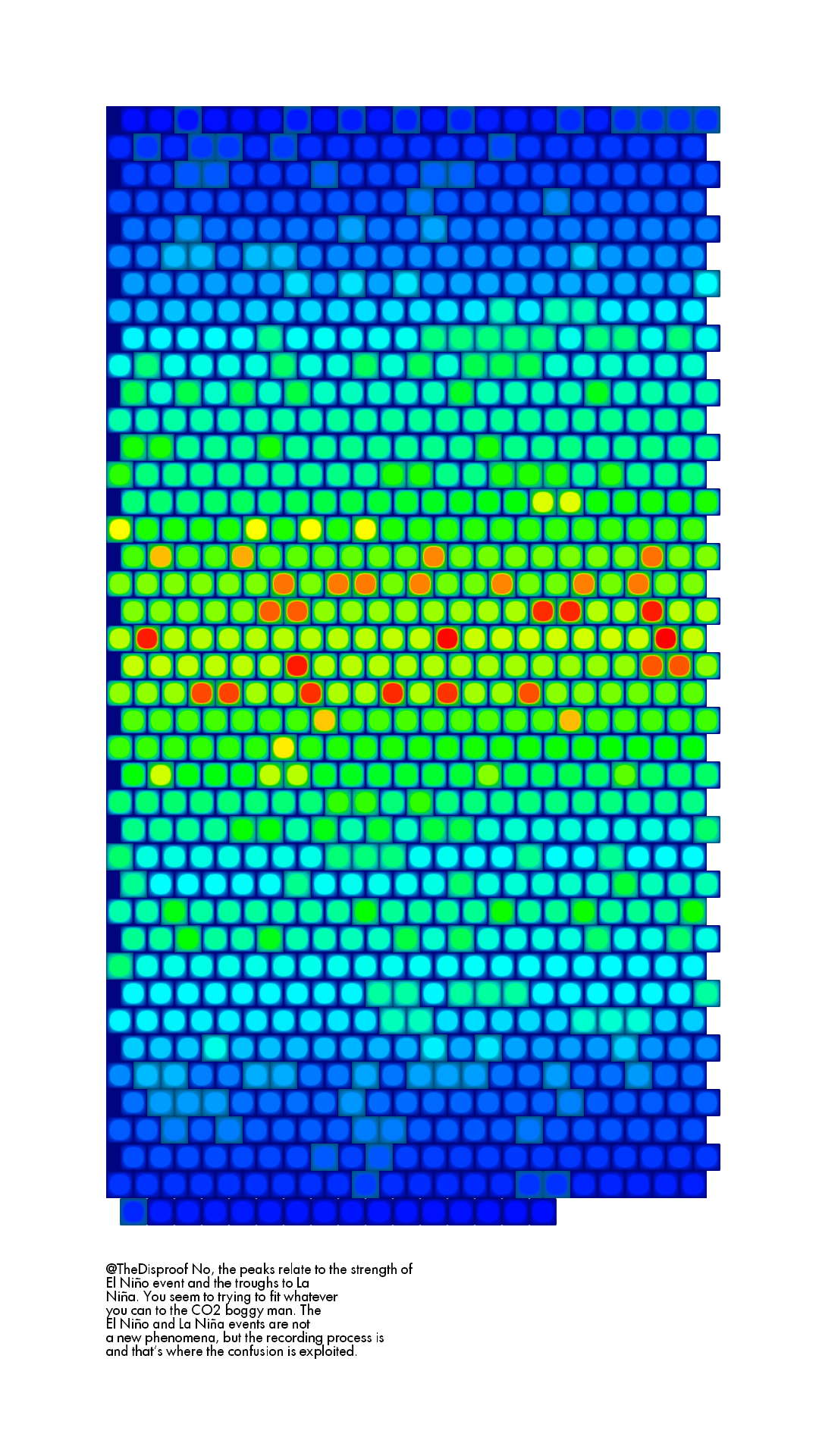 Constructed dialogues surround the sculpture. The voices constituting the dialogues are recorded during a workshop with high school and university students about climate change. The workshop takes advantage of the Refutation Game – a card game especially designed for the project. The cards are based on systematic refutations of skeptical arguments, mostly extracted from the machine learning training set mentioned above. This in return facilitates a structured debate among the participants. 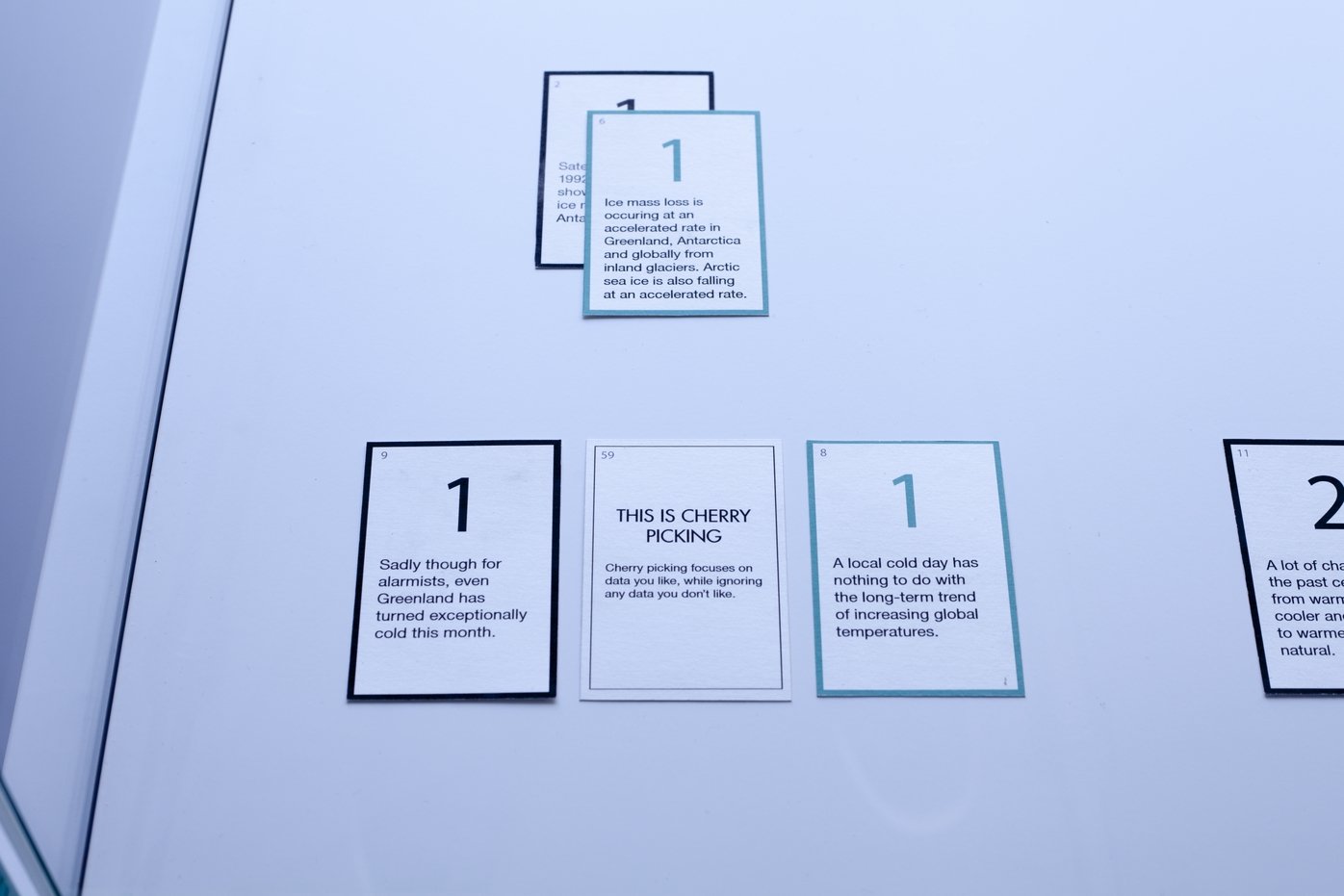 Based on recent research in generative music at Ircam, the sound installation weaves the original dialogues with new ones. DYCI2 [developed by Jerôme Nika, researcher at IRCAM] software generates purely musical phrases from the recorded material, but also provokes accidents or shifts in meaning. The voices are then spatialized. The audience experiences a movement between ordered meaning and unstructured language; exploring algorithmic processes and the nature of discourse on climate: its lexicon, its technicality, its repetitions.

Not only does the sound work bring about oppositions between the computable and the non-computable, it also tackles the relationship between technology and society.

Overall, different aspects of the project such as the card game, the software, the data sculpture, the visualization and the dialogue form a platform offering an aesthetic experience anchored in scientific and public debate.

Currently (until end of February 2022) Patterns of heat is featured in the exhibition Digiloglounge Who Can We Trust? at ZKM, Karlsruhe. Critical Climate Machine was exhibited as well in the Deutsches Museum, Nürnberg in October and November 2021. 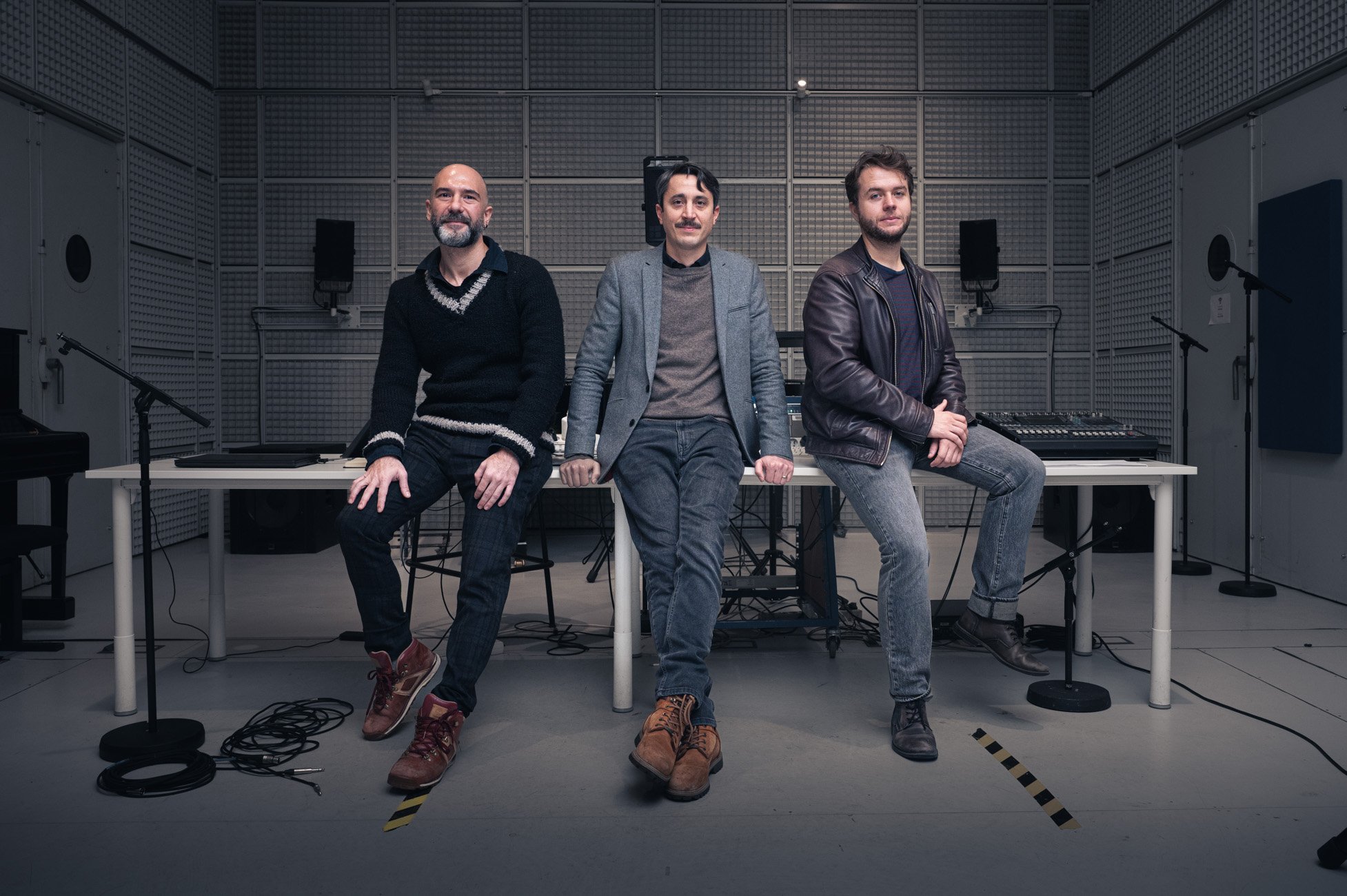 More information about Patterns of Heat at ZKM.