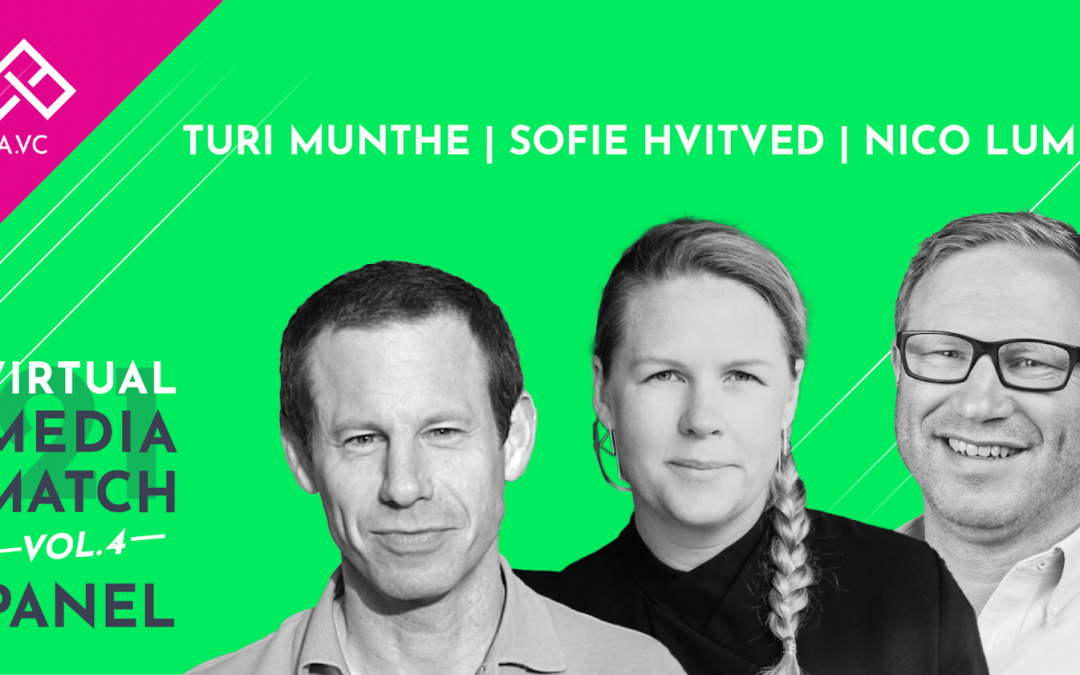 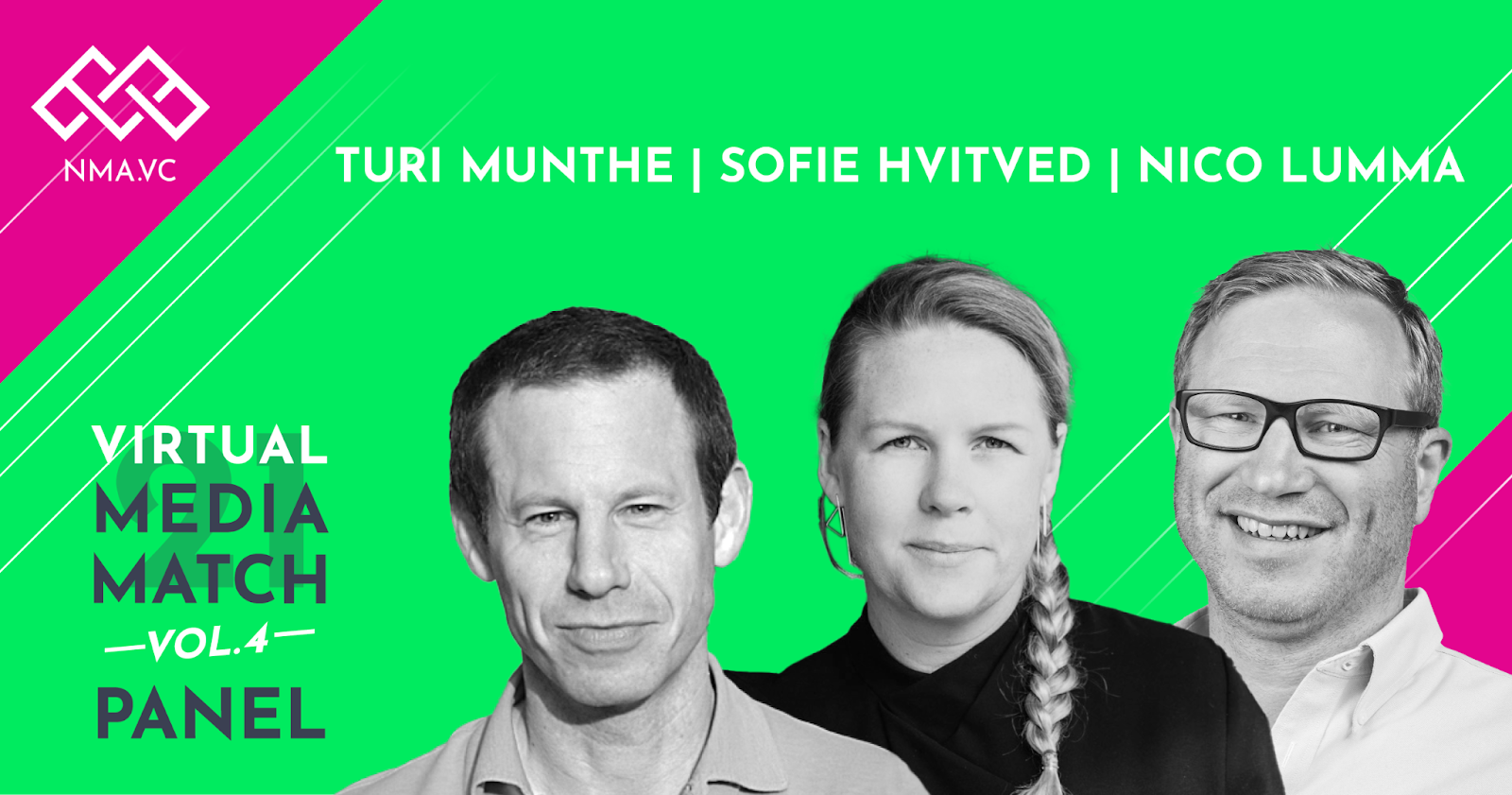 The Virtual Media Match is an Online Event format invented by the MediaFutures partner next media accelerator (NMA). The event brings together startups, investors and media executives from all across Europe. In this edition there were two novelties: A panel on European Innovation as well as participants from the EU Project MediaFutures. Dive into a recap of the event.

When discussing various aspects of the current media trends, Sofie argued that the “media is lacking the vision at the moment” and she would love to change that in deepening cross-border cooperations. Another problem she identified is that people are scared: “People don’t like algorithms!” She wants to show that AI and algorithms can be used in a responsible, sustainable human-centered way. “It is up to the media to show how they work with data, and how they can support you as a human in a good way”.

Turi also sees the backlash against the big tech and algorithms. He also noticed another seismic shift arising in 12 to 24 months. “There will be regulation which we haven’t seen in the tech industry for 20 years.” This will be especially challenging for the advertising industry.

Media Tech: On the Investment Side

As an investor, Turi believes the media (startups) develop(s) at a different pace than tech. He knows media companies have hard times scaling quickly, so he asks himself: “Is it gonna make a real dent (…) into that small ecosystem (…)? Yes!” and invests. He provides an example of a local newsletter in Manchester that got from 0 to 10,000 subscribers in a heartbeat.

Will Print still be here in the Future?

Sofie argues to have had that question discussed 10 years ago already and print is still around. So, even though declining, it’ll be around in the future too. “The market share of digital will keep on rising, but we will still have printed media.”

All in all the trends pointed towards more regulation, sustainability and trust building within the media industry as well as investing into products for a loyal niche community such as newsletters.

You missed it? No worries, we got the recording for you:

This was the highest number of teams ever counted in Virtual Media Match history.

Mostly because there were two specialties to the event format that has been proven successful in the previous years both on- and offline already: An expert panel as well as participants from EU Projects: Innovation power was added by the following teams of the EU Project MediaFutures: DEEP, People supported intelligence/SURU together, GoKind, JECT SENSE, ARCHIVAL CONSCIOUSNESS took part in the event and scheduled meetings.

For Niccolo of SURU it was a really productive event:

“We had two meetings, but one of them in particular was a really really good match, and a potential strategic partner for our MediaFutures BUILD Phase.”

After the panel, the participants were able to meet up in individual video sessions that lasted 20 minutes sharp. Like that many meetings could be fitted into a busy schedule. 18 investors from Seed+Speed Ventures, Aschendorff NEXT to Wille Finance AG and of course the next media accelerator just to name a few could be met. Overall the event counted almost 80 successful meetings.

// Would you like to stay posted on further events? Get in touch with the NMA and subscribe to the newsletter.