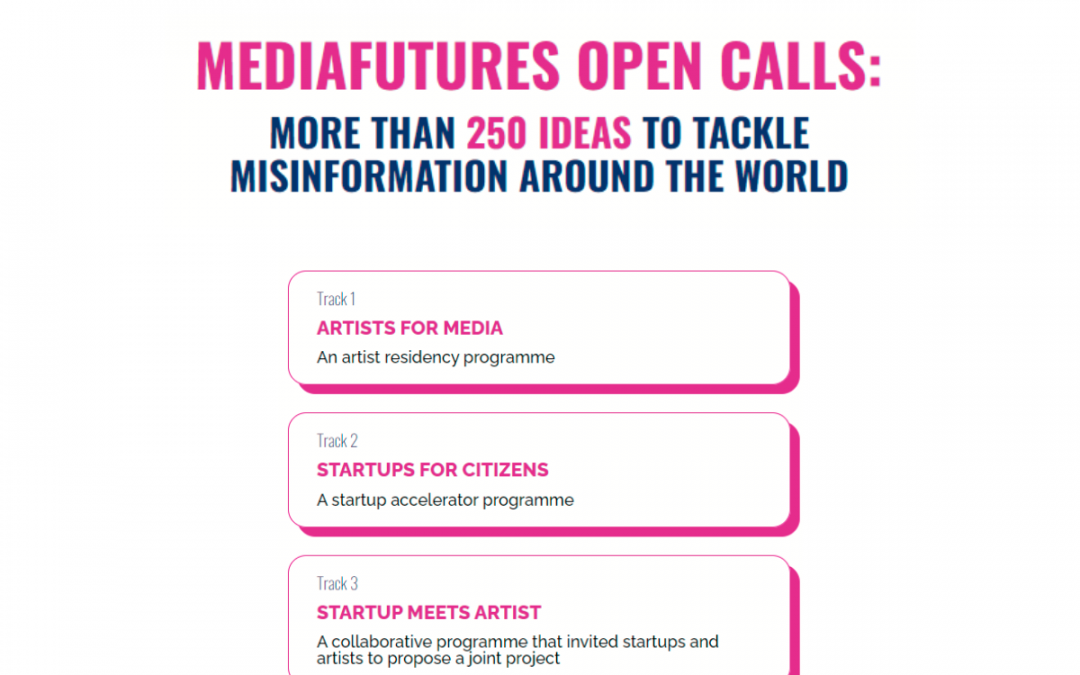 Throughout the project Media Futures supported 51 startups and SMEs and 43 artists through a total of three Open Calls, distributing a total amount of €2.5M. It supported the selected applicants through a 6-month Accelerator (startups & SMEs)/ Residency (artists) programme including funding, mentoring, and training. Depending on the track the winners will receive a grant up to €40,000 for artists and up to €80,000 for startups, alongside expert consultancy, and support to reshape the media value chain through responsible, innovative uses of data through the Residency programme, the Accelerator or the Startup meets Artist mixed Residency and Accelerator programme.

The open calls have taken into consideration the applications that offer new approaches to support underrepresented groups and their public representation, such as refugees, ethnic minorities, the LGBTQ+ community, those with disabilities; or lower-middle income countries.

The whole team is very happy with the response and the magnitude and impact across the world that this call has achieved.