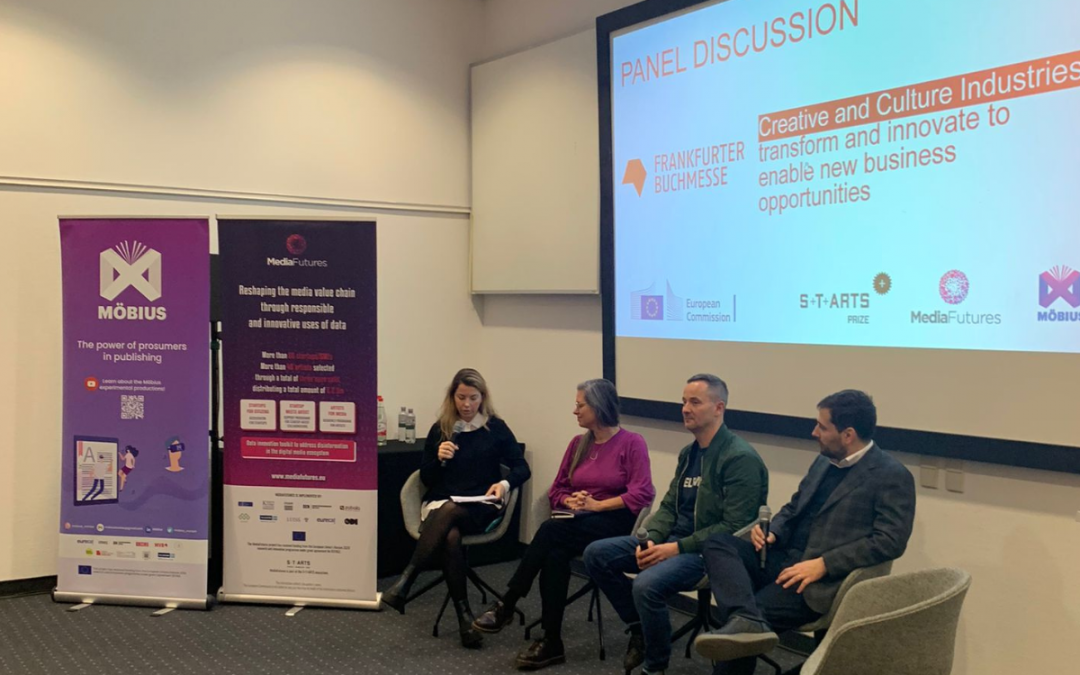 Since its launch, the MediaFutures project created and strengthened collaboration and connections with actors and networks in the media and Cultural and Creative Industries (CCIs) ecosystem active at European level.

The project, in particular, aimed to establish two different kinds of collaboration:

The focus on disinformation allowed MediaFutures to connect and bridge with on-going initiative focusing on the issue, such as the Italian Digital Media Observatory (IDMO) and other international stakeholders. The connection has allowed to disseminate the open call and project’s results directly to specific stakeholders working on the topic. Thanks to the participation to the “OECD Global Forum & Public Governance Ministerial Meeting – Building Trust and Reinforcing Democracy”, which took place in Luxembourg on 17-18 November 2022, the MediaFutures project was also able to better understand how to strengthening information ecosystems and tackling disinformation, as well as further wider its stakeholder network to meet the challenges facing democracies.

From a broader perspective in the CCIs field, MediaFutures is collaborating with some complementary initiatives for creating synergies and cross-sectoral partnerships: the S+T+ARTS initiative and the Big Data Value Association (BDVA). These projects share some driven principles, such as the common interest in fostering innovation and research through the use of creativity that effectively implement a European approach to technological innovation centred on human needs and values. Moreover, the MediaFutures project also joined forces with the MÖBIUS project, a tech driven project aiming to innovate the publishing industry.

On this cooperation it has been possible to align the actions and organise joint events. For example, in October MediaFutures partecipated at the policy event dedicated to “Creative and Culture Industries: transform and innovate to enable new business opportunities” on the premises of the Frankfurt Book Fair together with the other two Horizon 2020 projects – Mobius, and S+T+ARTS – which are currently running EU-funded initiatives for CCIs. Additionally, MediaFutures will be present at the S+T+ARTS Symposium on the 1st of December in Brussels organised by STARTS4Water consortium, showcasing some projects of sustainability and business exploitation facilitating innovation in CCIs.

In a nutshell: a collaboration among projects and on-going initiatives fostering the use of the art, is needed to support specific societal issues or technological development; and for this reason, it will be foster and strengthen over the next months.