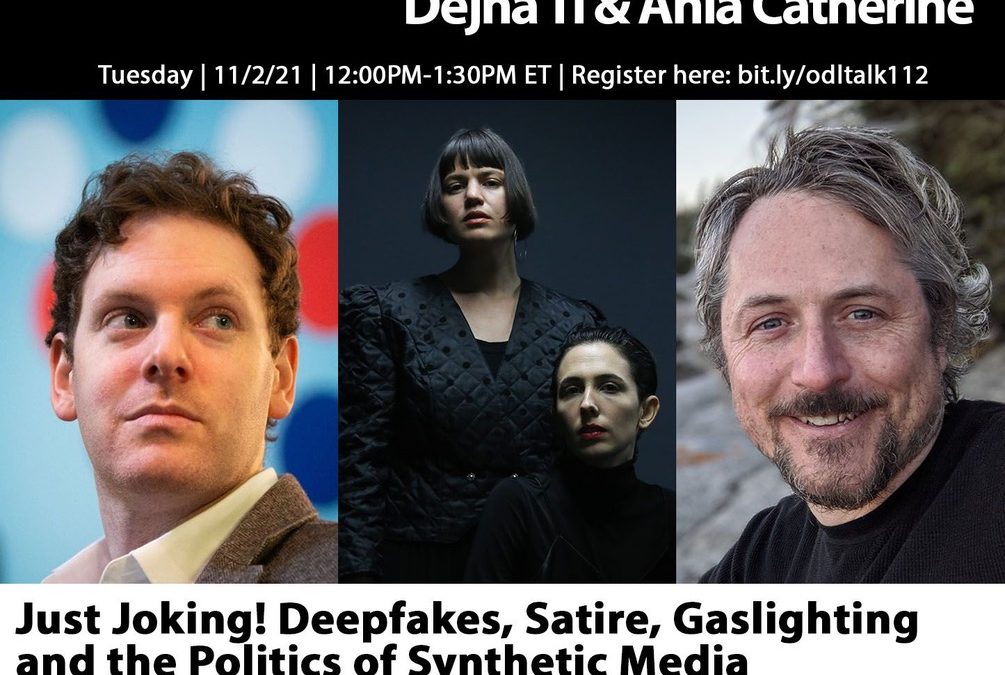 Ania Catherine and Dejha Ti of Soft Evidence are invited to be part an MIT Open Doc Lab conversation about synthetic media and deepfakes.

With deepfakes, who decides what’s funny, what’s fair, and who is accountable? This will be an interactive, highly visual panel discussion on deepfakes’ growing use in satire and activism around the world, from mocking authoritarian leaders to synthetically resurrecting victims of injustice to demand action. These often controversial uses of synthetic media raise critical questions. How can we distinguish intentional disinformation or gaslighting attack from clumsy deepfake critique? Who’s fair game to mimic without consent? We’ll provide a sneak peak at findings from the upcoming Just Joking! report, a collaboration between Co-Creation Studio at MIT Open Doc Lab and the human rights, video and technology network WITNESS. In this session moderated by Co-Creation Studio’s Kat Cizek, we’ll highlight the report’s critical questions and discussions based on an analysis of over 70 recent uses of deepfakes using satire and beyond. This work is grounded in the ongoing Deepfakery collaboration between Co-Creation Studio and WITNESS, as well as WITNESS’s ‘Prepare, Don’t Panic’ initiative. 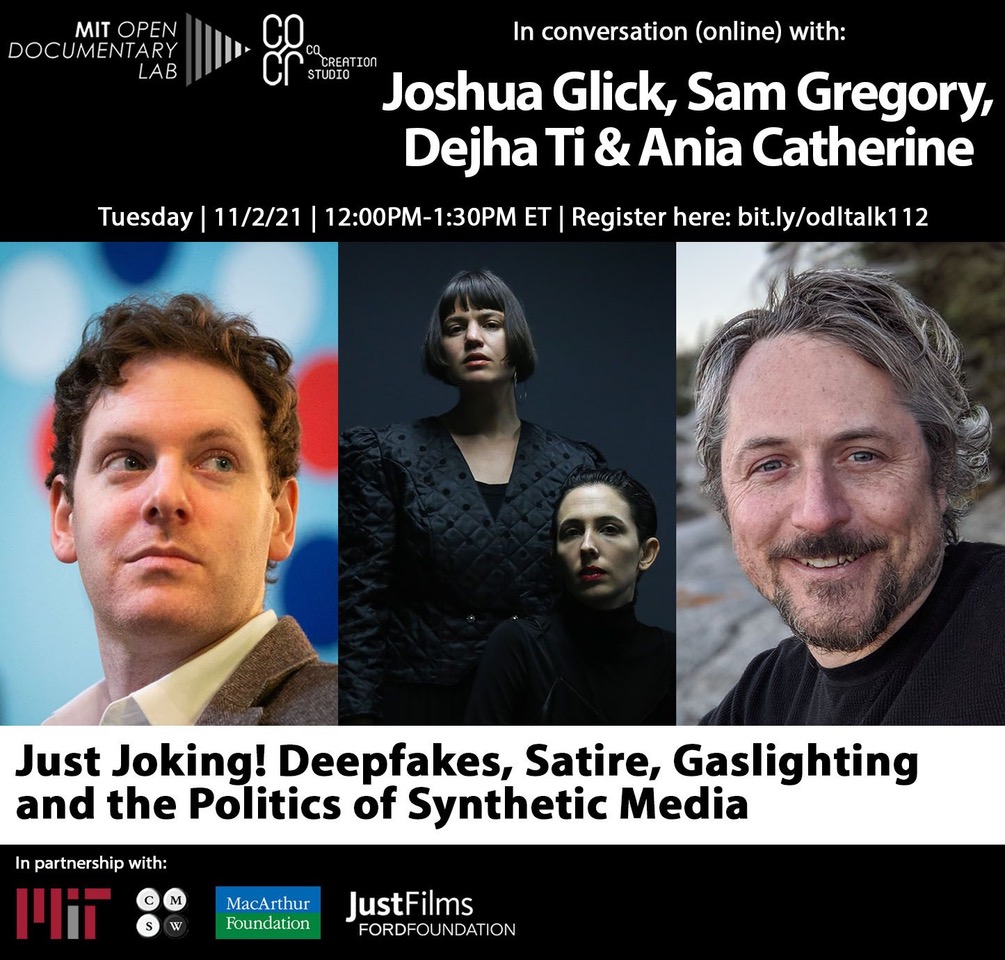