MediaFutures Project Update | How many heartbeats to send a love email? 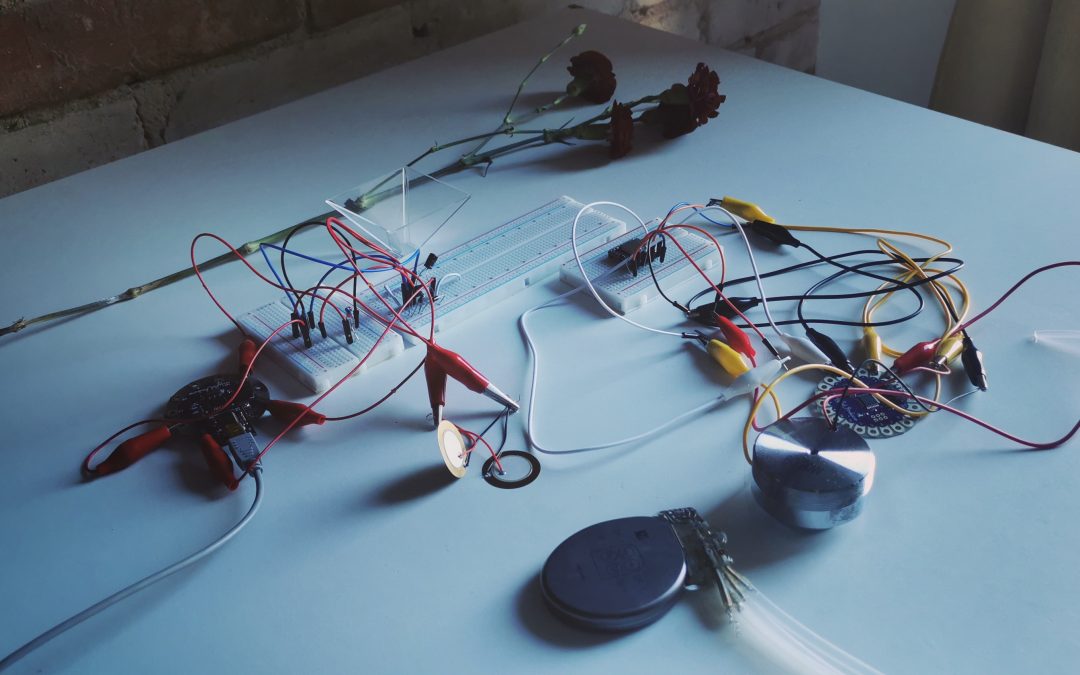 Learning at a very young age about gravity made me quite reassured that I wouldn’t fall off the Earth, but now reading through the compelling arguments of @pills_truth(1) on twitter the idea of the Earth as a globe could have made me very doubtful and nervous. I wonder why there is so much bad press regarding the COVID-19 vaccines as carriers of microchips which would allow Microsoft to control us (it would need to be extremely nano-tiny), but not so much about pacemakers (bigger, easier to store information with potential to transmit it to whoever is in control)? One thing for sure – if you have one apparently you shouldn’t be around microwaves.

Coincidently the pacemaker (faulty and not useful for a living human body donated by amazing UK based charity Pace4Life (2)) is in a centre of the interface I create for my artwork within the Media Futures programme, currently titles “How Many Heartbeats to Send a Love Email”, although the title might or might not change soon.

Diving into the world of fake news, to which everyone in one way or another is subjected, is like the “upside down” world from Stranger Things. Who are those people who spread them? Why are they doing it? What does their world and reality look like?

Fake news spreads like a wildfire, and attempts to debunk them are tedious and painful. The difference between speed of circulating false stories vs setting them straight has even earned its own definition: The Brandolini’s Law. “False news stories are 70 percent more likely to be retweeted than true stories are. It also takes true stories about six times as long to reach 1,500 people as it does for false stories to reach the same number of people.” according to the MIT research (3). This in particular applies to important scientific news stories, which research and information often is complex and demands a certain degree of concentration in order to understand it. In an era of fast content consumption, simple populistic false stories seem much more attractive.

But misinformation is nothing new. The Psychology of Rumour (4), written in 1947 by  Gordon W. Allport and Leo Postman, provides some explanation why people engage in spreading rumours – during crises and uncertainties people often improvise information out of their environment as a way of coping with their anxieties.

However nowadays the dipping in and out of this “upside down” world doesn’t seem to help us with fears. Instead it amplifies them – probably just like a nasty gossip about you in a high school, where your heart was beating faster whenever you had to confront your peers to try to straighten up the hearsay story. (5)

When anxious our hearts can beat 200 bpm. Each heartbeat produces around 1 watt. Each shared fake news story “tweet” produces 0.2 g of CO2 when sent. It is not a lot but when added a considerable number of  times  to become a significant “fake news” story, it can become substantial. And then 6 times more energy has to be spent to set things right again. Just for the sake of going further with that – not all server farms are powered by renewables. There is so much talk about the decarbonisation of the internet, therefore we must pay attention to “false news” CO2 footprint.

Although focus is on fake news residing in the digital domain (I mainly focus on Twitter in my research), the consequences are “physical” – on how we interact with our environment, the aforementioned CO2 footprint and their impact on our mental health. The latter are in the centre of my proposed artwork, together with carefully crafted narrative so that it can engage a wide audience as possible.

I had the privilege to team up with Content Score AI (6) – a startup which has an AI model for identifying harmful content which can be used by brands and individuals to rate copy against a number of parameters. What I found interesting is that besides variables such as racism, sexism, hate speech, fake news (naturally), their sample data which they kindly allowed me to analyse, contains also the emotional score AND assigned emotion (which also prompts questions regarding how the model was trained? Who trained? Would it be different if it was trained predominantly by one or another group of people?).

The time to submit the content for rating via their website differs – I still need to figure out why, but it also gives me some indication of the effort needed to start debunking fake news – beginning with their identification.

And so circulating back to my artwork, I feel it is important to write a few words about the unusual form I have chosen to create a narrative about fake news. Although it still is in “making” and some things need to be finalised and tweaked, there are elements which are not negotiable. The physical and semi-multisensory form is there to reinforce the idea that those few words typed on the computer living in the sphere of the bits and pixels on the internet has its material embodiment. The heartbeat (I don’t want to say too much about how this will be conveyed because I don’t want to spoil the surprise) is there because fake news affects living beings. The pacemaker whose role is to set the heartbeat straight is a metaphor for an aid needed to sustain the truth. The interaction to which visitors are invited is about an effort needed to sustain or change the story. And whispers are there like Chinese whispers – if a story travels through such a volume of receivers and transmitters – it tends to change the form. 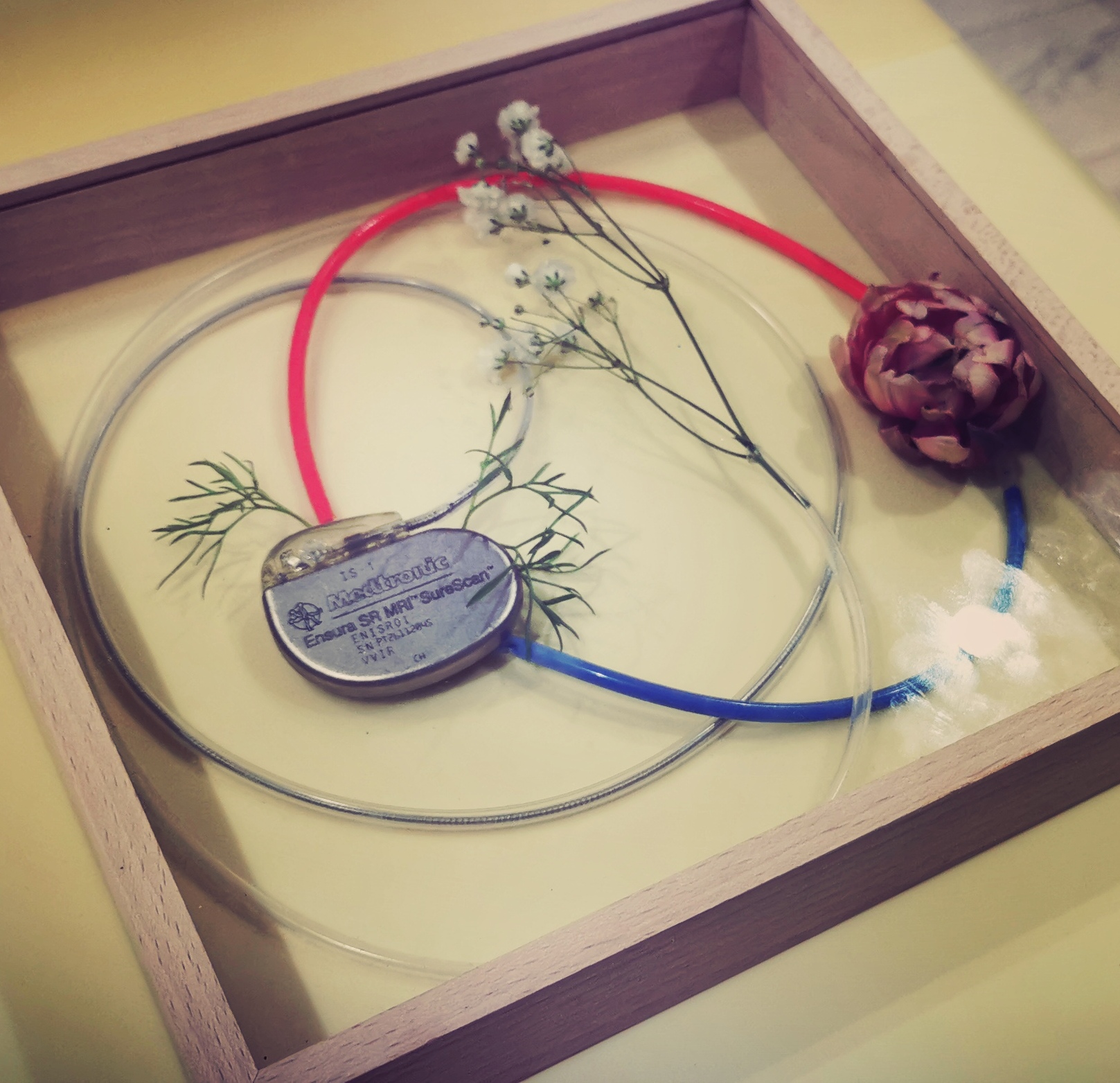 AUTOR: Kasia Molga – How many heartbeats to send a love email